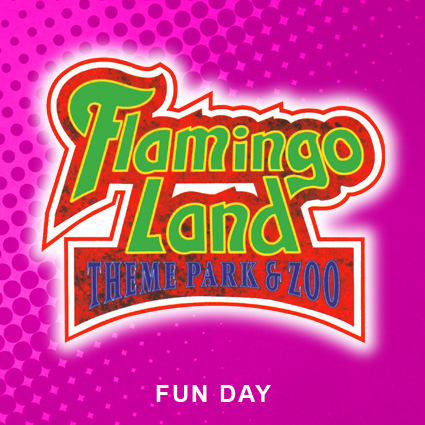 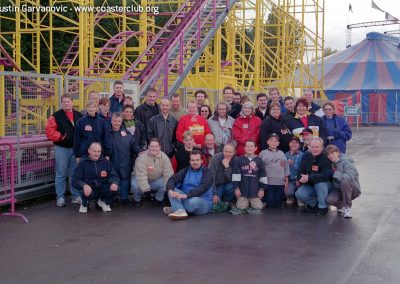 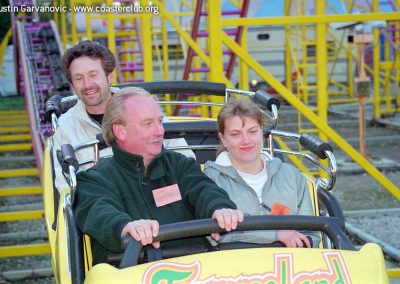 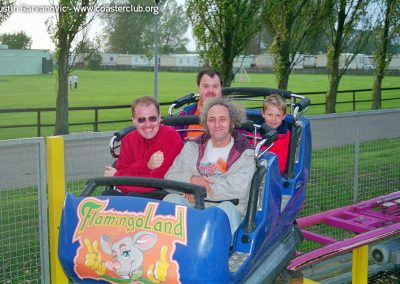 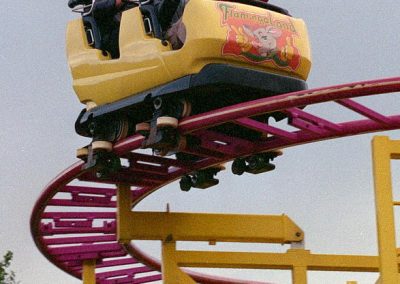 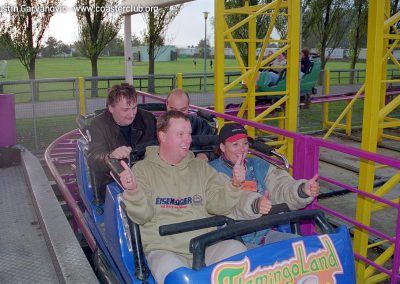 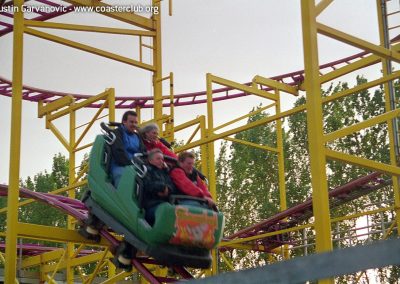 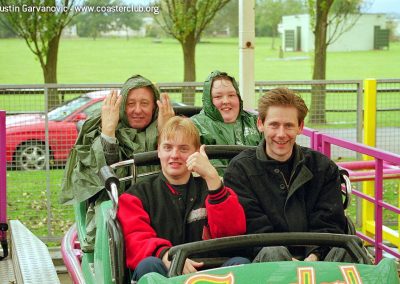 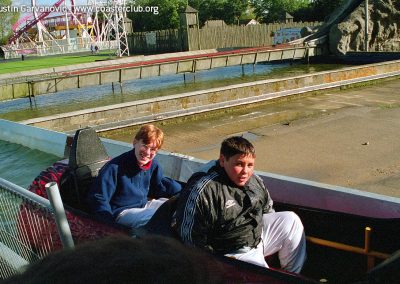 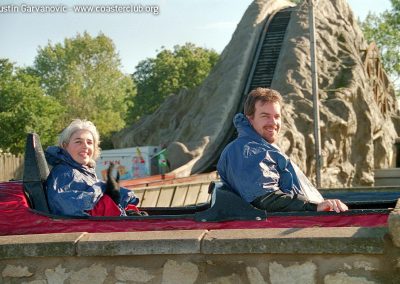 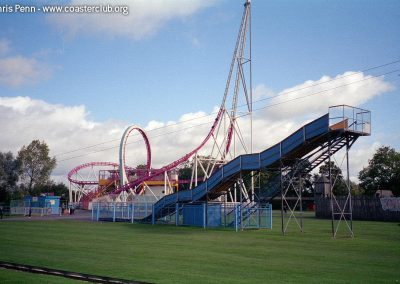 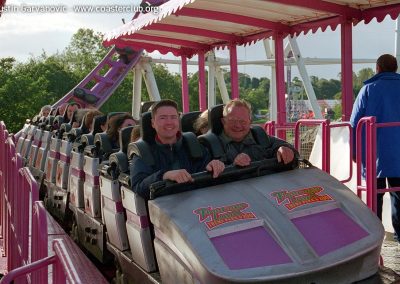 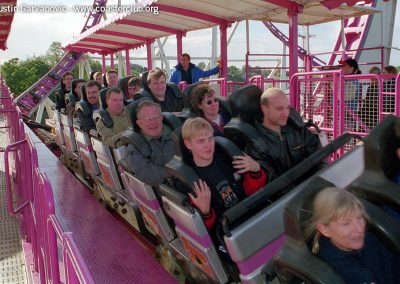 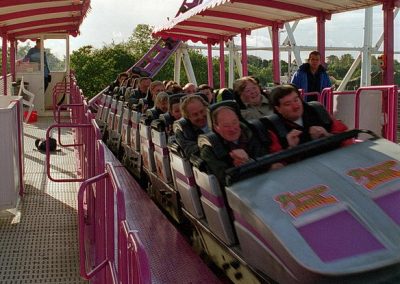 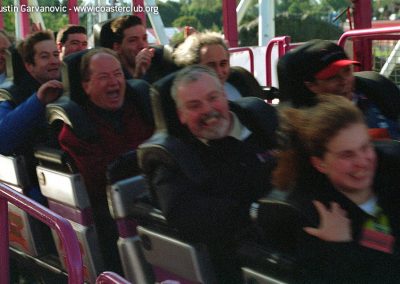 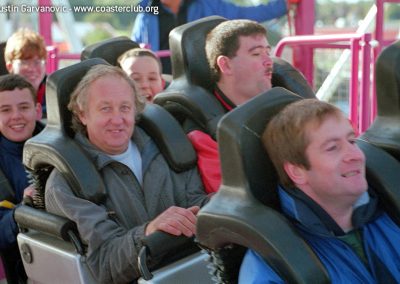 Our morning ERS was delayed due to technical problems, so instead the park brought us to look at the site for the Mach3 ride, which is to open soon as Magnum Force. When we eventually got to ride, the Bullet was very rough. Mick managed three rides and Crystal just one, which they found was quite enough! After the ERS, we rode as many of the other rides as possible. The Corkscrew caused sore ears on the first bend, as there was the customary ‘kick’ which most corkscrews seem to have. Thunder Mountain is a small but fast coaster enclosed inside a completely dark artificial mountain. There was also a coaster which had ‘bobsled’ type cars; we can’t remember the name, but it was fun.

After lunch, Mick rode the log flume, which broke down. We think this must have been a regular occurrence, because the operator came with a set of steps quite quickly to rescue the stranded passengers. We also went through the ‘passage of terror’ that was well hidden at the back of the children’s area.

After the park closed to the public, the Wild Mouse ERS took place. It started to rain and the mouse was running really fast due to the wet. We enjoyed our day, trying out most of the rides. Next time, we’ll know there are other rides hidden around the park. There are not many parks with six roller coasters in one place, we say six coasters because there was also a Dragon Coaster, which we had several rides on too.

The day started with our ERS on the Bullet – a great ride, very pleased that it has stayed at Flamingo Land. You can become a bit squashed if they push the shoulder restraints down too hard – or was that just on little people? (Ed: No, it hurts for people of all sizes!) The front seat is great for the feeling that you’re not going to stop on the vertical ascent, but the back seat is best for the start where you are pushed up and backwards before being catapulted through the station, and round the loop.

We enjoyed a great day, even though the weather was somewhat unsettled, especially during our final ERS on the Wild Mouse. This is a fast and ‘hold on tight’ ride. The Club managed several rides, even through the driving rain.

We certainly hope that the Club will run another trip to Flamingo Land – especially with the new Magnum Force, as that takes ages to load with the new restraints – and that another meal will also be included. Our day featured a superb buffet that was well above and beyond what is normally available at Flamingo Land.

I have always liked Flamingo Land as it offers a good value day out, considering the number of attractions that they have to offer. So it seemed a good opportunity to go and visit the park with ride times on the Bullet and Wild Mouse and a buffet dinner.

It also gave us the chance to see the park’s new coaster for the following year. The former German travelling coaster Dreier Looping (to be renamed Magnum Force) was in pieces on the ground at the time, awaiting a new paint job. One of the park’s Managers told the group a bit about it and what they were going to do with it.

With Magnum Force, I am sure next year’s trip will be even better.