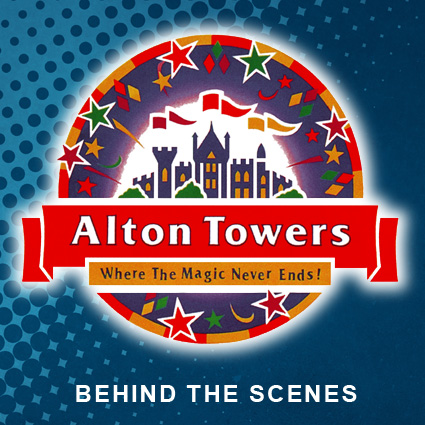 Alton Towers
Behind the Scenes 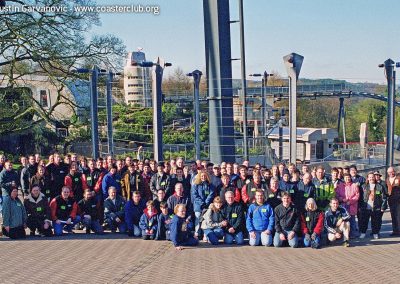 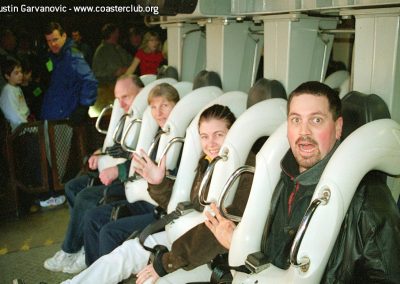 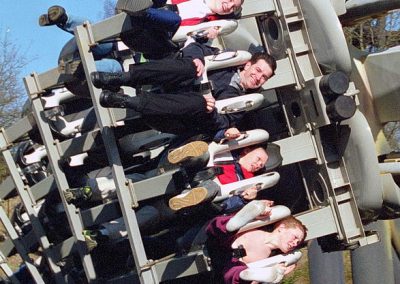 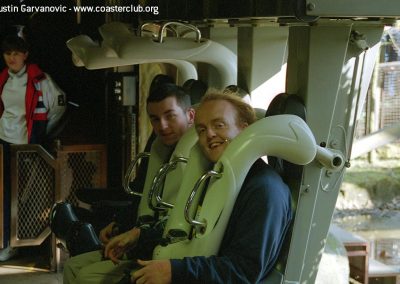 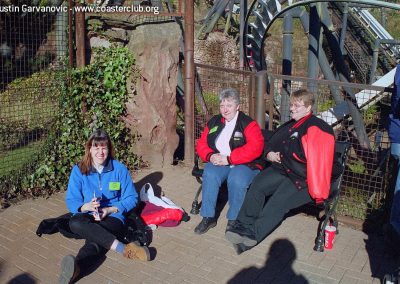 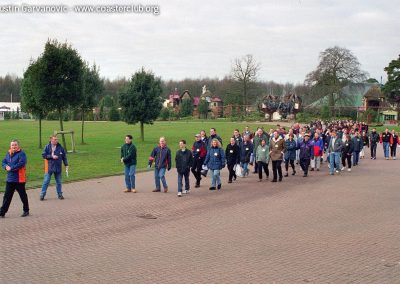 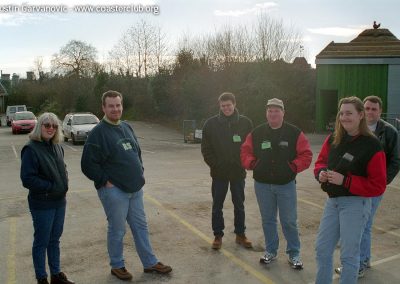 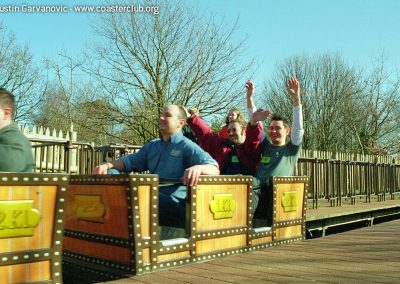 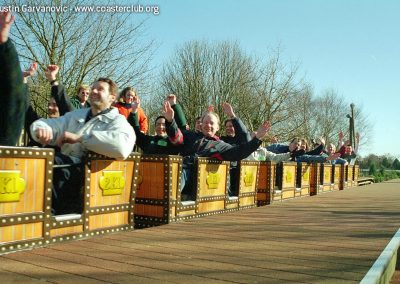 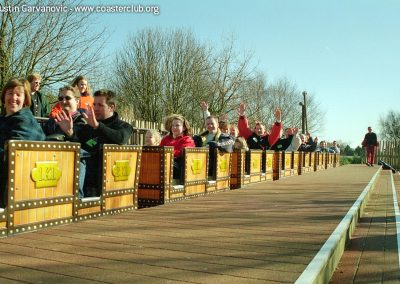 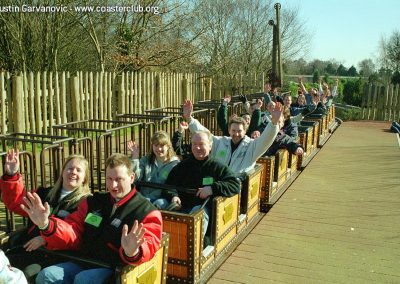 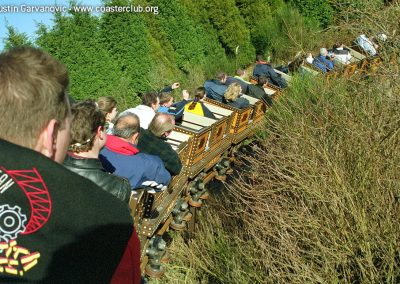 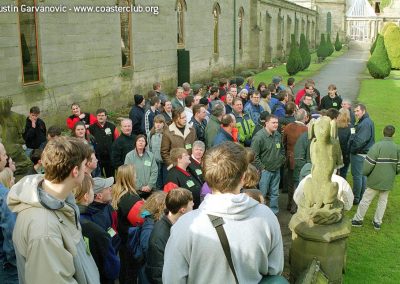 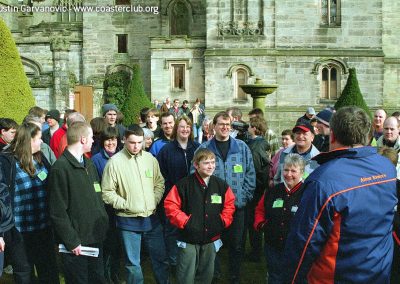 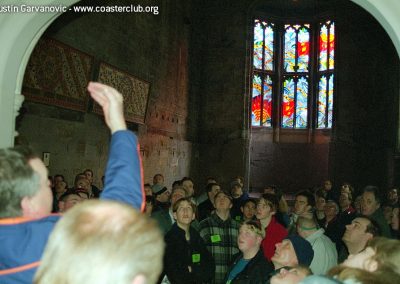 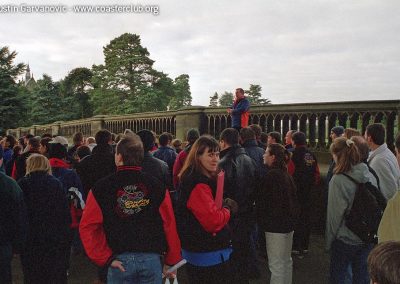 Mark Riley
The word ‘contrast’ springs to mind when asked about the pre-season trip to Alton Towers. A very interesting tour of the Towers kicked the day off, and I was one of the many members who had not spent time exploring the ruins before. Because of this I was very surprised by the size of the house and by how much you can get to see. The very warm weather made wandering about on the roof particularly enjoyable. Next time you want a decent Oblivion photo, just head to the top of the Towers.

Then came the contrast. After the very relaxed tour, we all found ourselves being whirled on Nemesis until our heart’s content. During the two hour ride session there was practically no waiting. If only every trip to ride Nemesis was like that! All in all, a very unique day. Thanks to everyone who made it possible.

Justin Garvanovic
This was our first out of season trip to a park, and whilst not a proper Annual General Meeting (AGM), it was the trip that started the ball rolling with regards these. When we visited, Hex was being built, so we got to see some of the construction as well as being taken on a tour of the Towers. It’s a part of Alton that not many people really take the time to look at, which is a shame as it’s a very impressive building. The park is of course called Alton Towers!

The park had allocated us 50 places for the trip, which we thought would be plenty. Within days of sending the invites out, the replies starting returning at an alarming rate. After some sweet-talking with the park, we managed to get the number raised to 100. Even this increase proved insufficient, as even more members sought to participate.

Walking around a deserted amusement park is an odd experience – we are all used to seeing them bustling with people and full of movement, so to see them “dead” is very disconcerting.

One of the reasons for going to Alton was that the park wasn’t entirely “dead” – for the first time, some of the rides were open for those staying in the hotel. The Runaway Mine Train was one of the rides open, but the one of most interest to us was Nemesis. Getting to ride anything out of season is a plus, but getting to ride Nemesis was a huge bonus.

After this visit, the out of season park trip and AGM was made a permanent part of our trip schedule.