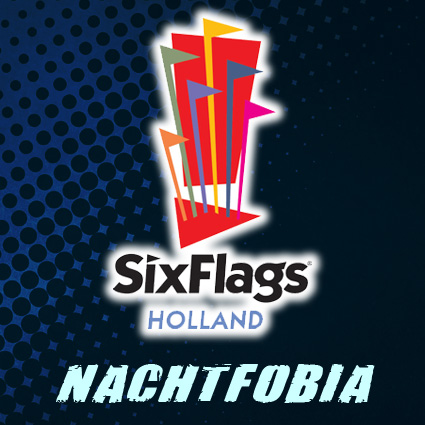 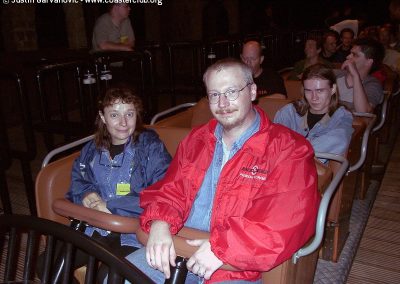 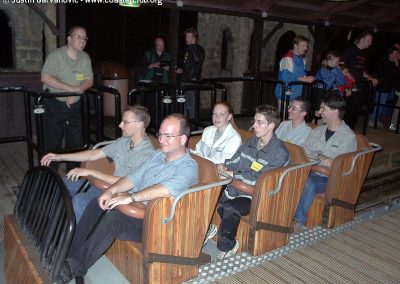 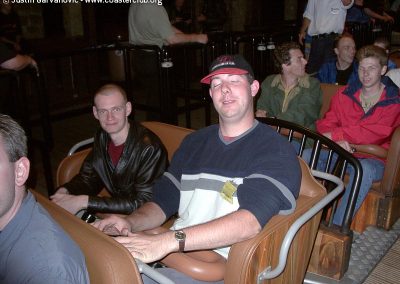 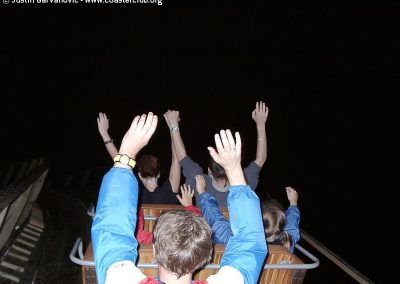 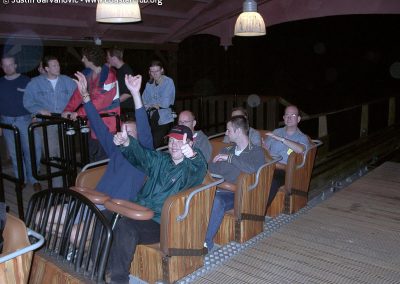 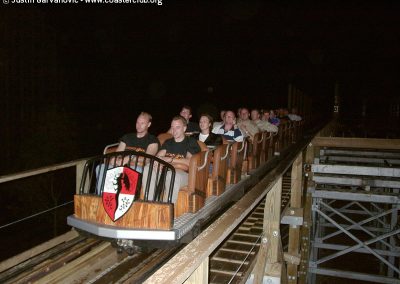 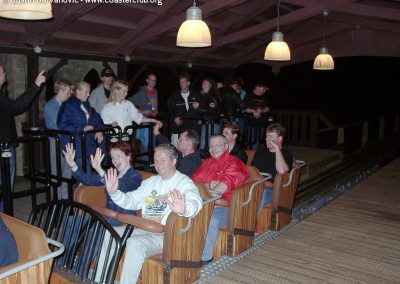 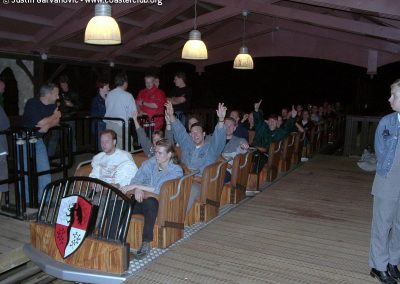 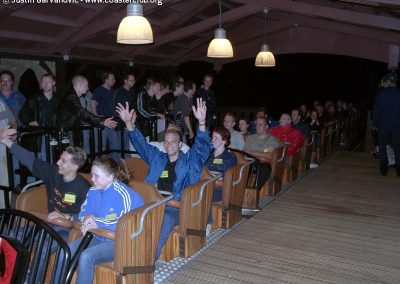 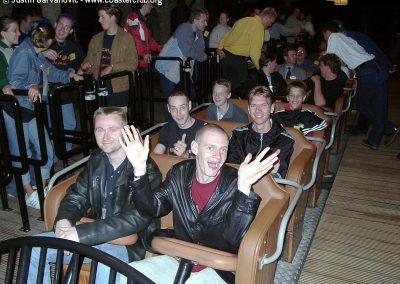 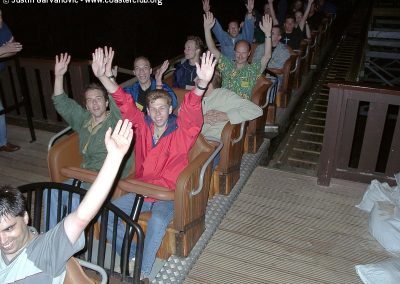 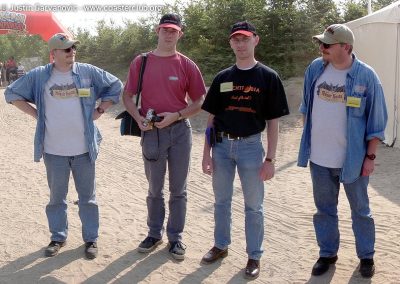 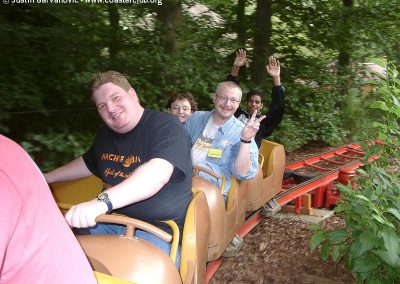 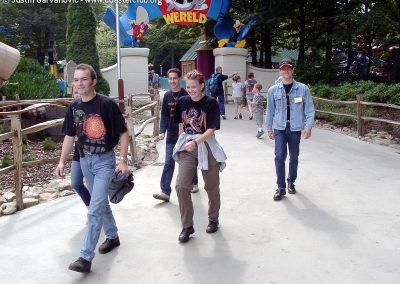 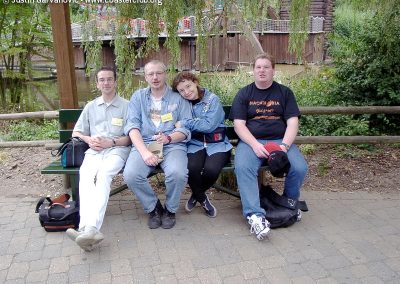 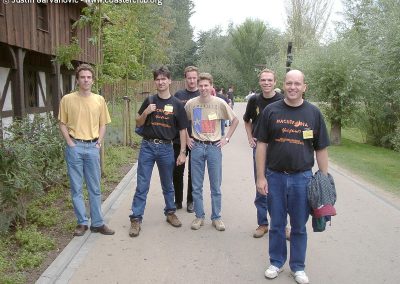 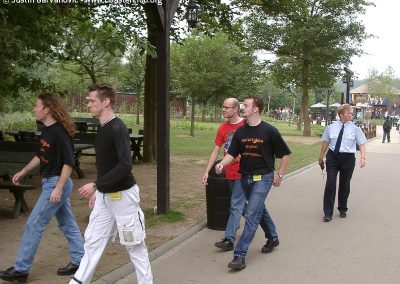 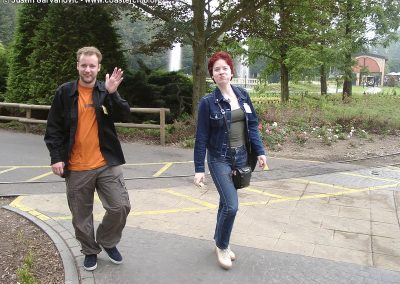 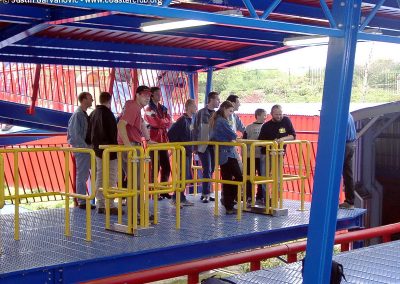 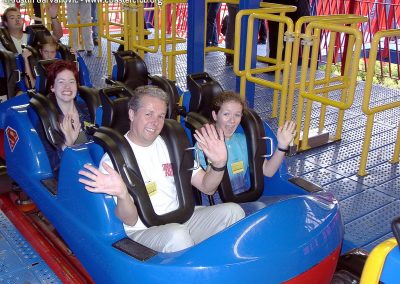 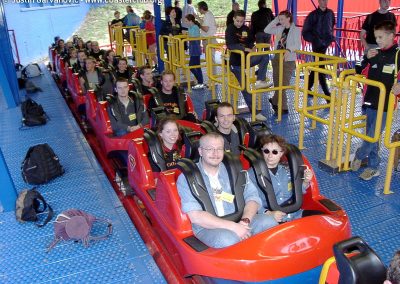 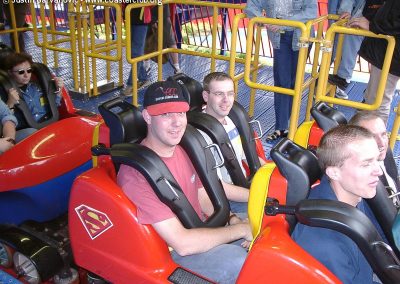 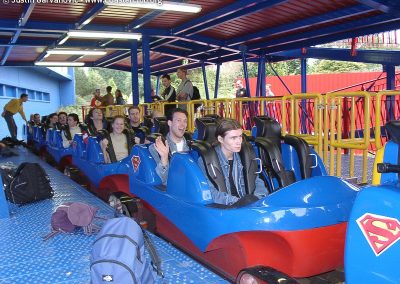 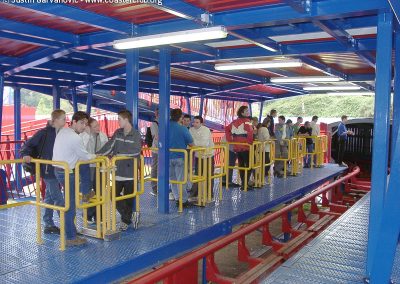 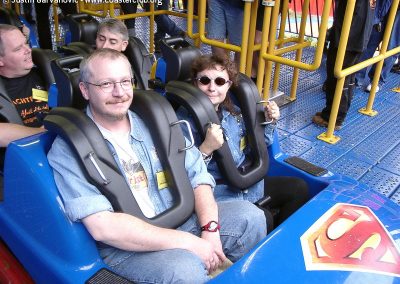 It’s rare for us to do two trips to the same park in a year, but in 2000 we did just that – to Six Flags Holland. After the initial “hiccups” experienced on the first trip, we discovered that the park would be opening until late into the night towards the end of the season. Our Oakwood trip was a huge success, so we knew nighttime riding was a big draw, so we started work on a second trip to the park.

Nachtfobia, which has already been started with the Oakwood trip in August, would be our first “mainland” trip that wasn’t a coach trip – making it a local trip being organised by our local team of Oscar Abbenhuis and Mark Wijman. We invited all members and had a stunning turnout for the event.

As expected, the nighttime ERS on Robin Hood was spectacular. Even though they probably don’t, it does feel as if coasters run faster at night.