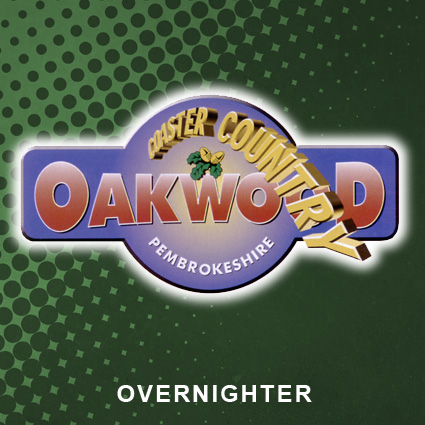 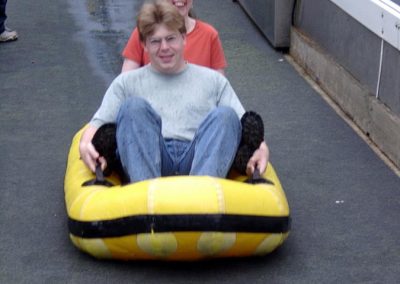 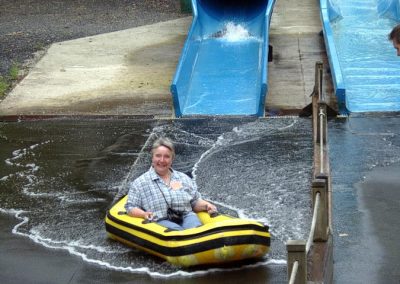 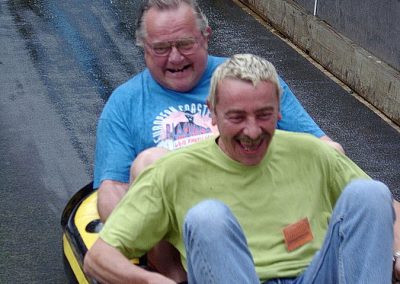 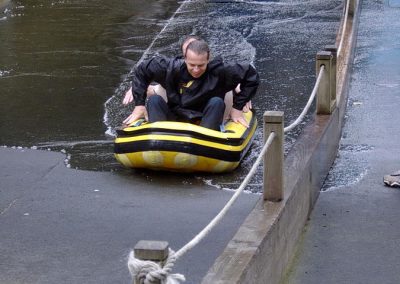 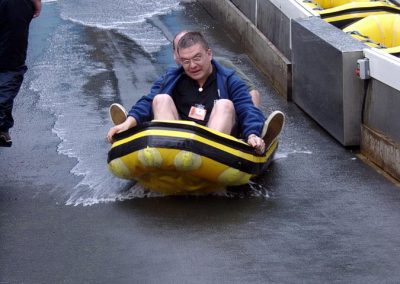 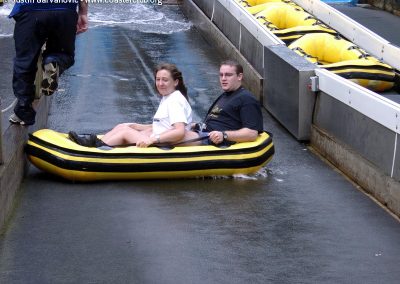 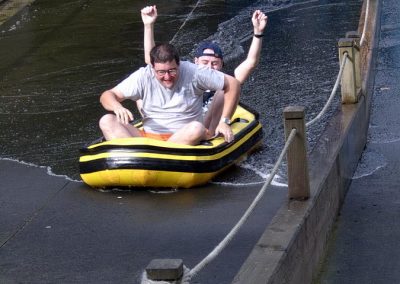 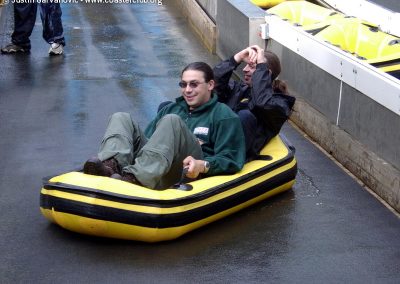 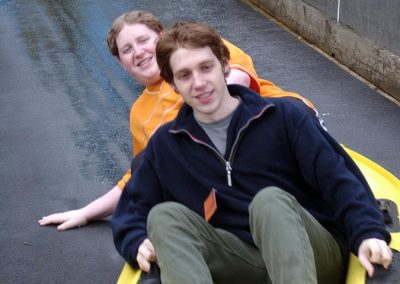 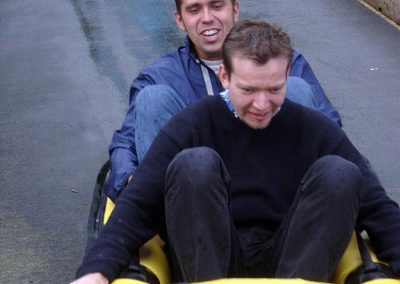 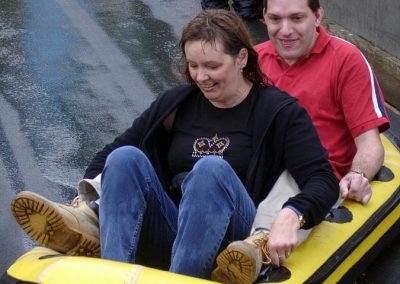 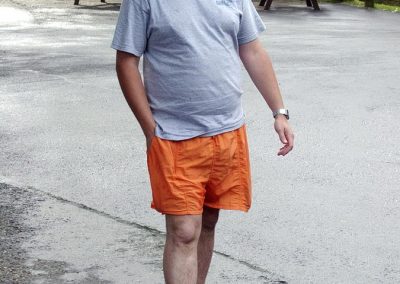 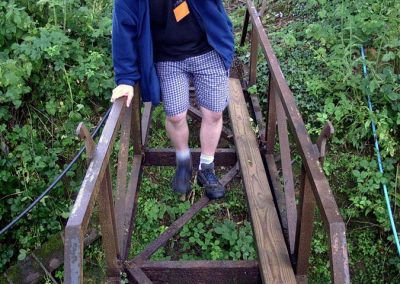 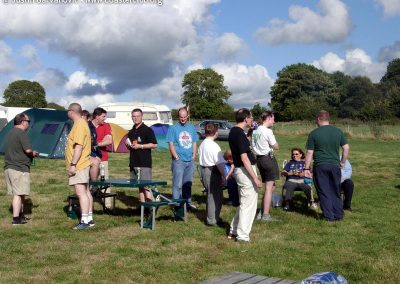 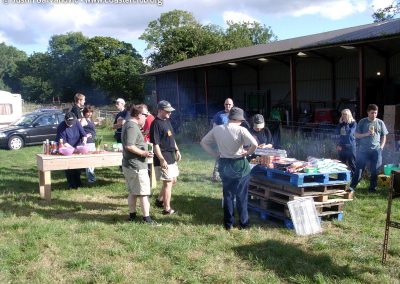 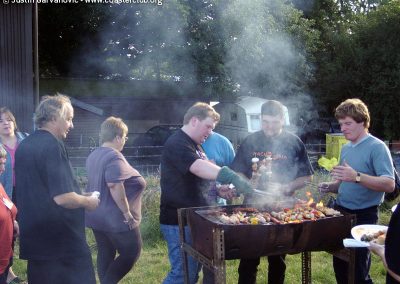 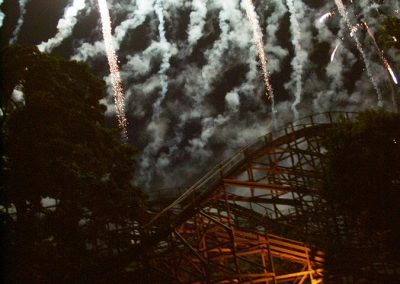 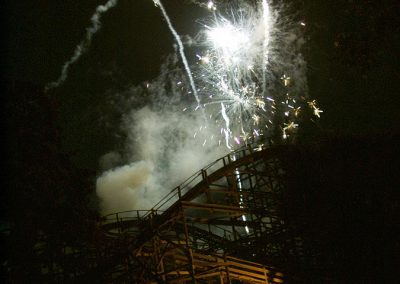 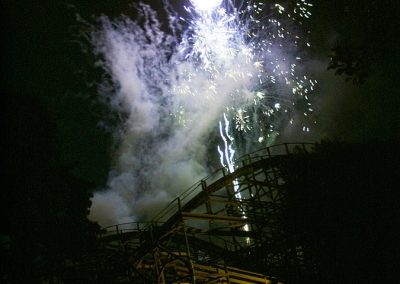 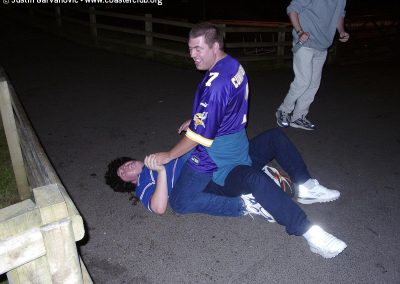 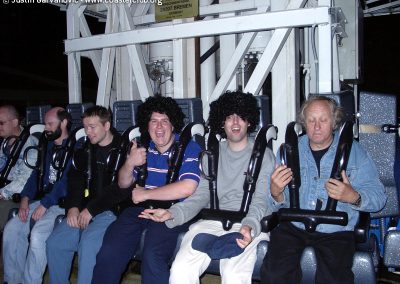 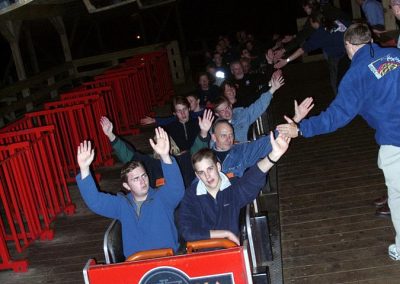 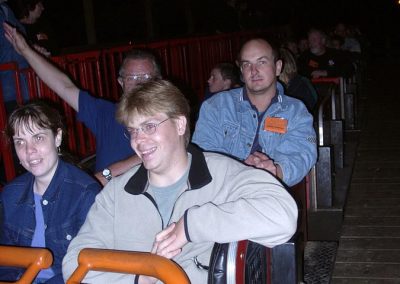 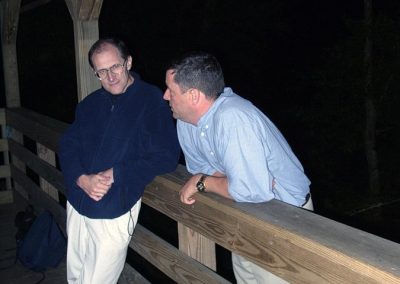 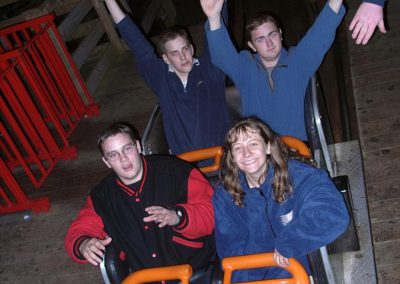 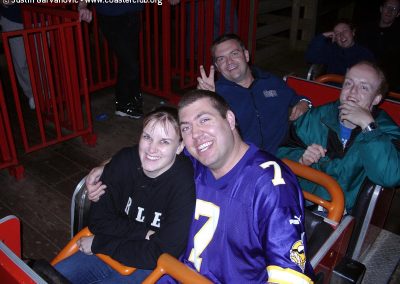 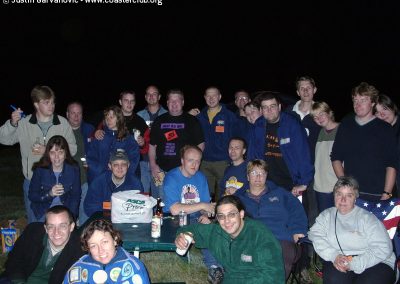 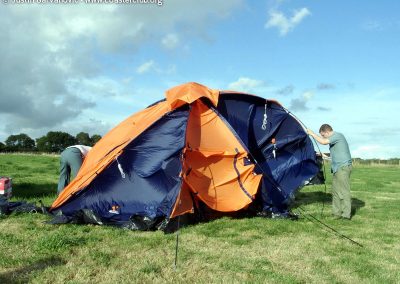 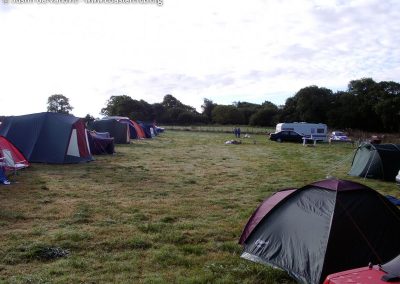 As myself and Susan are allergic to camping (apparently!), we missed out on the excitement in the field at night. Instead, we had to slum it in a nearby B&B (boo hiss, I hear you all cry).

My only disappointment was that I was feeling very unwell late Saturday night, which meant that I was unable to ride Megafobia much during the ERS. I tried a couple of rides at the start, but it hurt too much. Instead, I helped operate the ride (station brakes) as it was something I hadn’t done before. It helped cheer me, but watching trains of members enjoying late night riding on one of my favourite coasters was emotionally difficult when I couldn’t ride through fear of the pain. At the end of the ERS I jumped into the front seat of the last train, as I so much wanted to take part in the excitement of the ERS. I guess I shouldn’t have ridden at all! Everyone who knows me will testify that I am not one to miss out on ride time, so I just wanted to explain why I didn’t join in.

First ride of the day was Megafobia and it lived up to all that I’d heard and more. Later in the day it was flying! Wow! I now have a new number one woodie.

Loved the ERSs at night although the “scenic” ride on bounce would have been nice with a fast pull down instead of the slow drop back to earth. The burgers were a nice touch too, although I was already “burgered out” from the BBQ.

Fantastic! That’s the word that jumps to mind. This was my first trip to Oakwood and after reading, seeing and hearing so much about the trip, park and a certain wooden coaster, I had high hopes for the weekend.

I was quite nervous during the climb up the lift hill, not because I was scared, but more because I was worried that it wouldn’t meet my expectations. I was thinking that it would slot into my number two position behind ThunderCoaster. I’ll not bore you with a ride commentary, but when I got off the ride I was disappointed. The whole thing seemed sluggish and there were only two places where I got noticeable airtime. The laterals were weak and the whole thing left me wondering what all the fuss was about. Justin and Richard said that it was running slow, so I decided to reserve judgement until the end of the weekend. Not an encouraging start though.

Fortunately, the night-time ERS was magical. There were no lights apart from the full moon. The ride was flying. At last I’d experienced the proper ‘Fobia! It was full of airtime and laterals. The “kink section” was something else as well… needless to say that it now is firmly in my number two place and nearly overtook TC!

One last thing, I must mention Paddy (the park owner). I’d never met him before, but all I can say about him is that he is superb. I’m sure he views the park as his personal playground, in fact the park should be called Paddy’s Playground rather than Oakwood! I feel that with him in charge Oakwood can only go on to bigger and better things.

This was the third Oakwood Overnighter, and as the previous two years, it had grown even larger. Over the years I have learnt to do many odd things, and this year I had to do maybe the oddest – hire toilets! These were needed as year-by-year the campsite has grown. The trek into the park for the toilets was becoming more and more of a chore, so a solution was needed. Where all this expansion would lead no one knew – one mad idea included the addition of a big screen video system!

We moved our morning ERS over to Snake River Falls this year – it’s nice to move things around, and to try something different, and Oakwood is very good for that. It was really good fun, but I was hoping for plenty of “spills,” and hence loads of pictures of wet members! Alas though, this did not occur. Well, not until next year anyway…

Paddy revealed exclusively to everyone attending what the new ride for 2002 was going to be – revealing a ride as “insane” as Hydro got everyone excited. Paddy asked that everyone please keep the news secret for the time being, and I was very happy when that seemed to be exactly what happened.

As ever, Megafobia in the dark is just an amazing experience, it is without doubt at its best in these conditions. This trip was no exception, and “Midnight Megafobia” really is the best way to end any day. Or start a new one…