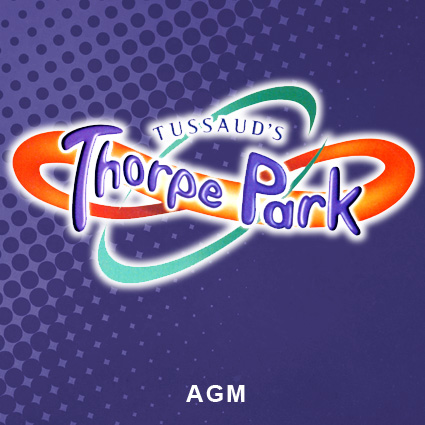 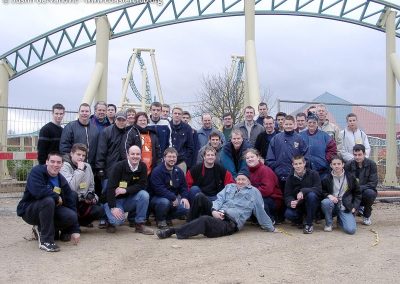 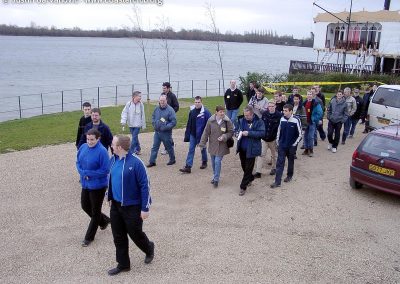 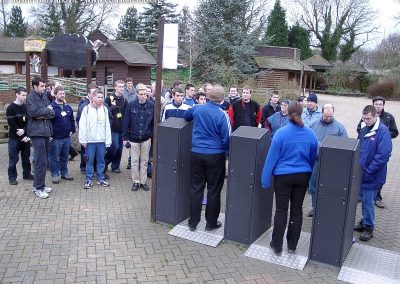 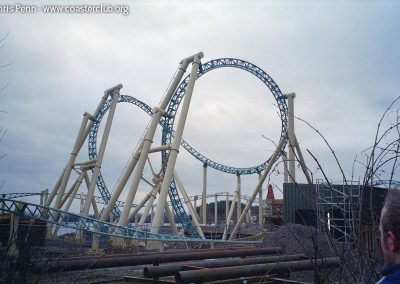 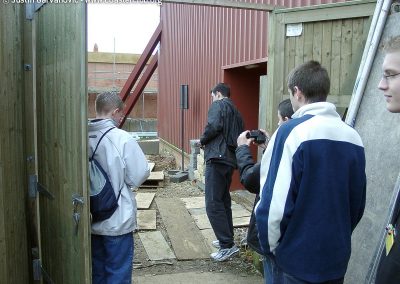 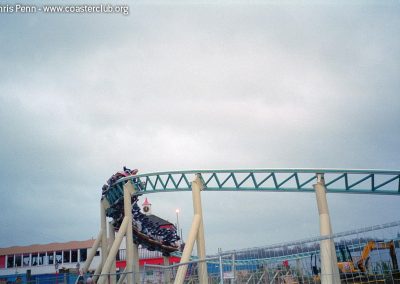 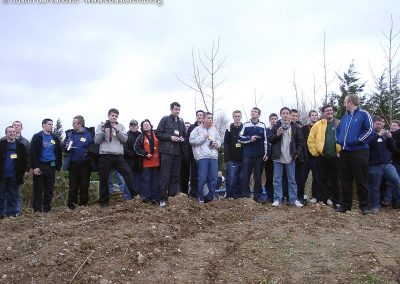 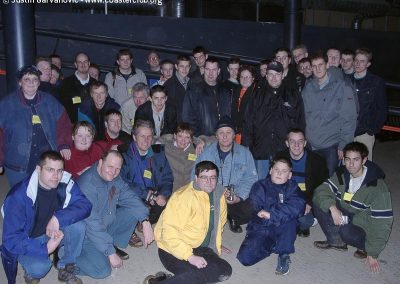 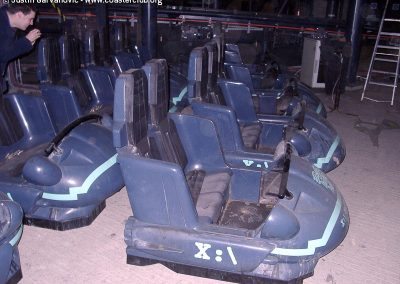 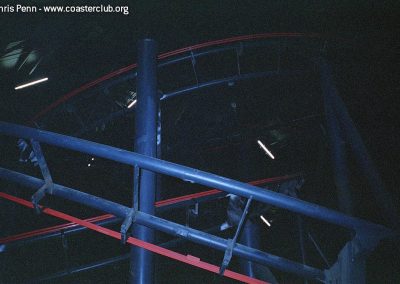 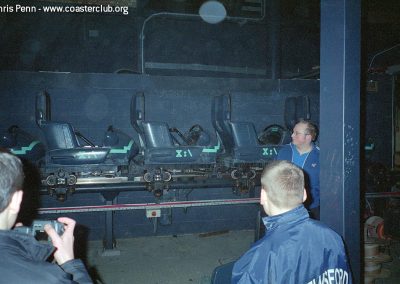 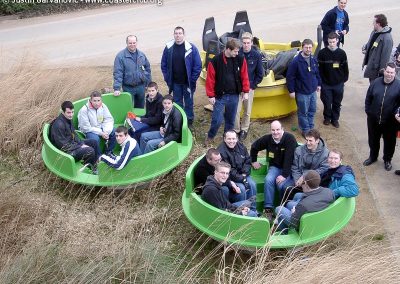 Mark Riley
My highlight – seeing Colossus run, numerous times. I must admit I wasn’t looking forward to this ride so much – ten inversions does seem a tad excessive, but after seeing it run I have changed my view. It’s gonna be great!

Kev Winkley
The Colossus train practically crawled (and squealed) round on its first trip of the day! It was running a lot faster (and quieter) towards the end of the day when two guys from Intamin were taking a few trips on it. As we stood near the final turn into the station one of the riders gave the thumbs up – but it is his company’s creation – but I still hope he’s right!

Tony Hall
Well done to everybody involved and a big thank you to Thorpe Park for letting us climb all over X and take all those pics and videos of the test rides of Colossus.

David Ellis
We were split into two groups to walk around the park in its undressed state. All the water rides were dry, and a lot of work was going on. We went inside X:\No Way Out (now referred to as just X), and climbed all over it, literally. Many of us climbed the stairs to the top section of the ride (where the backward and forwards shunting and water sprays occur).

Next we walked to Canada Creek, where we got more great views of Colossus in operation (at this point no-one had ever ridden the coaster!). We had a laugh when some of the sandbags split and fell out of the train during the consecutive in-line twists!

During the afternoon, Colossus carried its first ever passengers, two men from Intamin. They rode several times and seemed to love it! It screeched less and appeared to be running faster than earlier in the day. The signs were good! A few squeals of joy emanated from the in-line twist section of the ride, and one of the chaps gave a positive thumbs-up to show his approval. Apparently they were initially worried about whether the four consecutive in-line twists would be rough, but they commented that it was really smooth, with no ear bashing at all, and they were very happy! Looks to be a real hit for the park…and enthusiasts!

Justin Garvanovic
We had already been behind the scenes at Alton Towers and Chessington World of Adventures in the previous two years, so Thorpe Park was the obvious choice for the third. The fact that the ten-inversion Colossus was very near to completion was also a large draw!

Our base was in the paddleboat, next to what was then Colossus’ construction site. Every so often we’d hear the train go around, and on a few occasions the sound of it would be accompanied by a splash as the odd sandbag fell out into the lake when it was doing its four inline twists!

Our main guides for the day were Lee Glyde and James Paulding, who although working at Chessington, also knew their way around Thorpe. The group was split up so that the tour would be more efficient, with us all meeting inside X:\ No Way Out for a look around the ride with the lights on. We also got to see a test train that had forward facing cars.

After Tussauds purchased the park, their first ride was Tidal Wave; it was a big ride (for the UK) and let everyone know that Tussaud’s meant business, and Colossus really consolidated this. Tussauds has always had problems getting new rides of any size into Chessington World of Adventures, but with the purchase of Thorpe Park, another option was open to them.

Chessington would now be aimed at the family, with Thorpe going for the thrill seeking teenager and above. It was the perfect move, and now things are looking good for both parks as they expand into their own niches. The synergy between the two parks is perfect, so much so that 2004 sees the Samurai ride move over from Chessington to Thorpe, where it will find a more receptive audience.