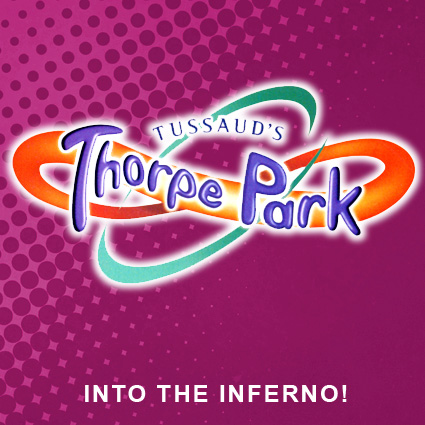 Into The Inferno
Thorpe Park 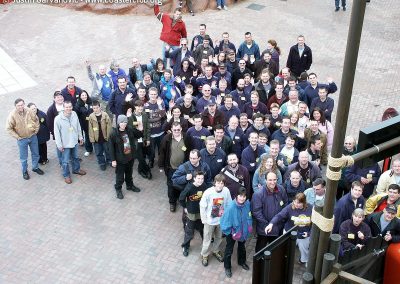 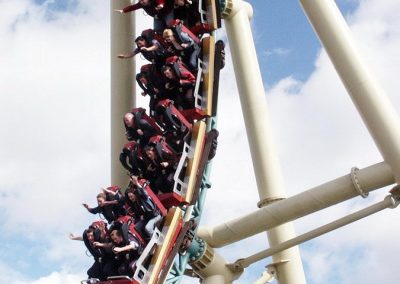 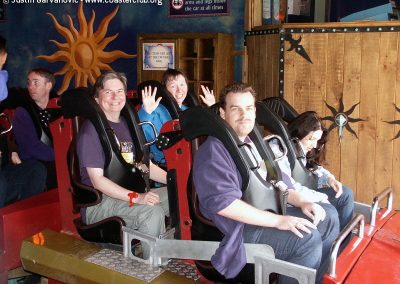 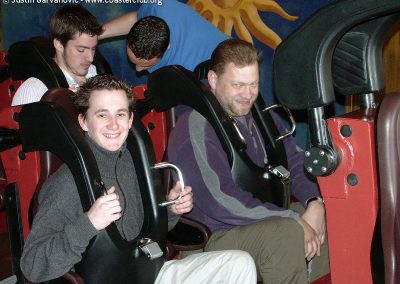 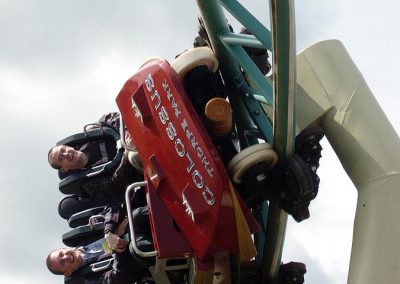 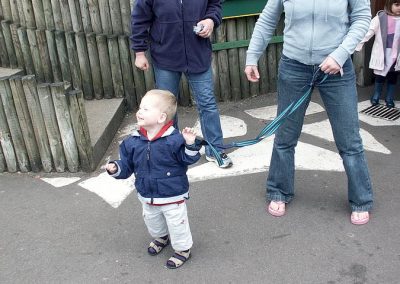 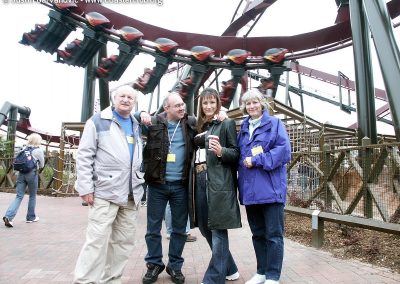 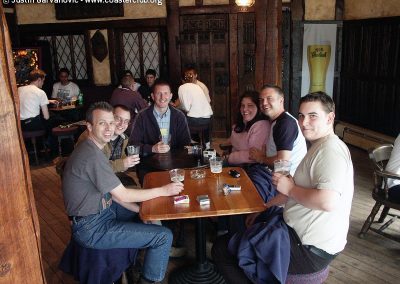 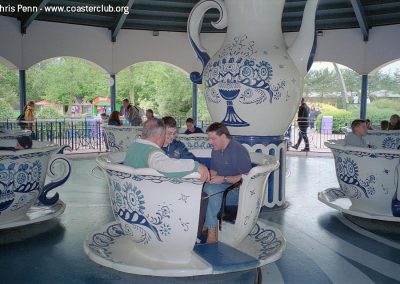 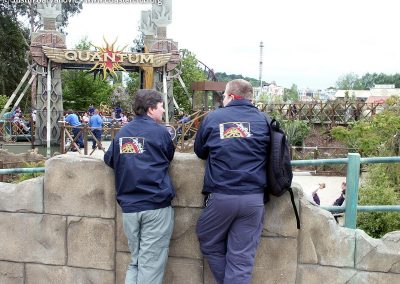 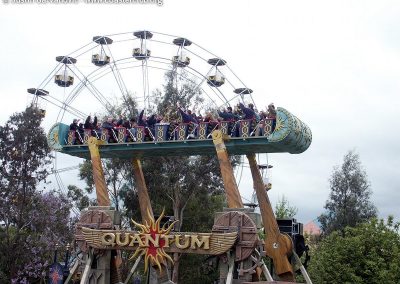 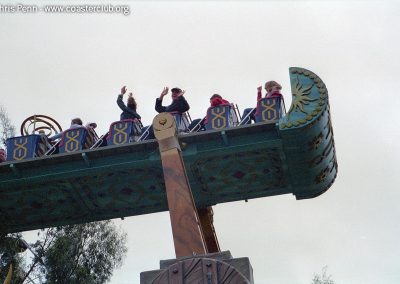 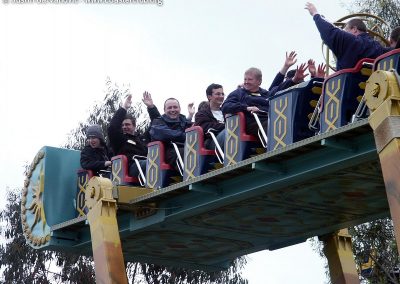 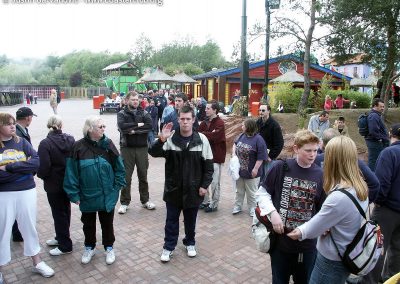 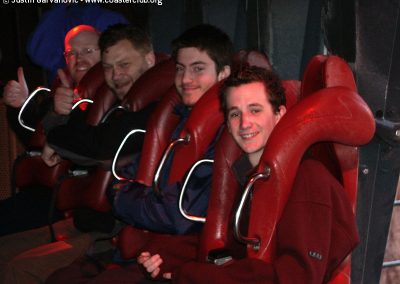 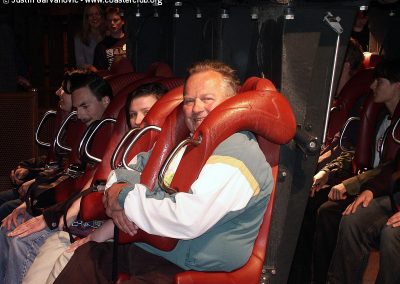 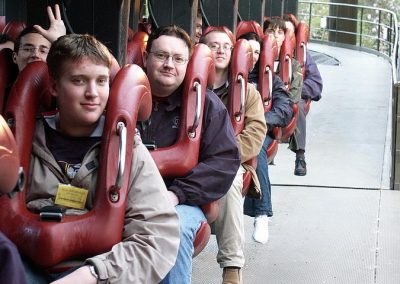 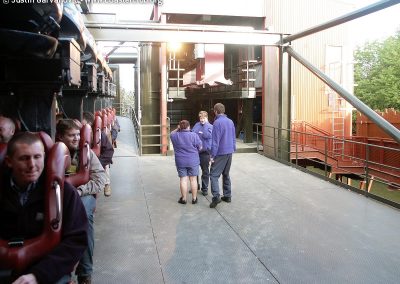 Austin Rathe
A big thanks to everyone who organised the day, it was a fantastic event. It says a lot that no one was really too upset when ‘Inferno finally gave up the ghost!

A mention must go to the Thorpe ride operators as well, who ran both Colossus and ‘Inferno in a sensible and effective way, and really made the very best of a bad situation!

Chris Hull
It was my first ride on NI which proved pretty much like my first ride on AIR – it did what it says on the tin. No complaints there and no comparisons either. However throughout the day it just got better. Colossus proved to be a little rougher than last year – a noticeable bash to the side of the jawbone on entering the cobra roll.

Tom Marshall
This trip was excellent – despite the “technical problems” on ‘Inferno before and during the ERS. I know these things happen sometimes, and can’t be helped – but the staff did their best for us, both on ‘Inferno and Colossus in the evening. It was indeed good to see everyone again, and to meet a few folks for the first time too. See you all soon.

Trevor Williams
I had a fantastic day out. Seeing as it was enjoyed by those that got to do it, on future ERSs, I say we let the coasters break down at the top of the lift!

John Livesey
I won’t bore you with the details of my day but one of the many highlights of it was actually getting to dispatch a Colossus train and have a guided tour of the booth!

Chris Bennett
Colossus is a good ride, the whole area looks nice and the four twists are rather surreal. It’s no B&M, but still pretty good. In fact the whole park is doing well on appearances. The Quantum queue line looks good with the variation in the fences and all the greenery.
Nemesis Inferno doesn’t beat the original, but it still is a fantastic ride. The theming is great and there’s an excellent collection of merchandise to go along with it.
The morning ERS on Colossus was good, and despite the problems I got a fair few rides in on ‘Inferno in the evening. It was nice of one of the staff to come round feeding us her Skittles when we were stuck on the transfer track at the end!

Mark Riley
The reason for our trip to Thorpe Park this year was fairly obvious to one and all: there’s a new B&M Inverter in town!

Who would have thought that quaint little Thorpe Park would give us a ten-inversion record breaker only to follow it up a year later with Nemesis Inferno, a brand spanking new Beemer? Well, on May 10th members were able to try out Thorpe’s new plaything, and we had a blast!

Exclusive riding, a group lunch and the use of a meeting room for merchandise sales as well as a presentation or two, all added together to create an excellent day out!

Justin Garvanovic
The Thorpe Park trip has become very popular, as it seems that the regeneration the park is in the middle of has really ignited your interest. I maintain the member database, so it has been very interesting if not that surprising to note that the majority of recent new UK based members live close to Thorpe Park!

Thorpe recently published “plans” for the park that cover the next ten years. As expected, the plans include two coasters and a host of other rides, including a second drop tower. Also of interest is that the park will gain some land in a few years when the concrete plant just to the right of the main entrance leaves, and hands the land over to Thorpe. The future really does look very bright for the park.